The Prothonotary is the Chief Clerk and Record keeper for all filings related to Civil Cases.  The Office is located in the County Courthouse and responsible for the filing, recording and processing of all Civil actions, Equity actions, Judgments, Federal and Local Tax Liens, City Liens, Family Court matters, Arbitrations, License Suspension Appeals, Appeals to Higher Court, and Applications for Passports.  Also, we file and record all Judgments, Orders, Decrees of Court which includes sending out notice of such entry to parties and/or counsel in each case.  We issue Writs and process many other legal documents.  We review pleadings filed for compliance with the Pennsylvania Rules of Civil Procedure and Tioga County Rules of Court.  Filing fees are collected for services rendered and turned over to the County and State which makes this office self-supporting at no cost to the taxpayers.

The goals of the Prothonotary’s Office are to improve customer service and staff productivity, and implement imaging technology in this office which will allow quick access to documents.

The Prothonotary is the Clerk of the Civil Division of the Court of Common Pleas who is elected to a four year term.

The word Prothonotary is a Latin word meaning "First Notary".  This word dates back to Ecclesiastical Law as being the highest administrator of the Court of Rome and the First Notary, known as the Prelate of a body of 12 Notaries.  When a case was ready for trial, the Prothonotary would notify the Judges when to appear in Court to try the case.

In Pennsylvania prior to 1790, the Prothonotary was  appointed by the General Assembly.  From 1790 to 1838, it was appointed by the Governor.  Since that time, the office has been an elective choice of its citizens.  The Prothonotary has a tremendous responsibility in the operation of this office and rightfully should be an elective official by the choice of the electorate.  It is a fee-operating office and is self-supporting.  No tax money is used for the payment of the salary of the Prothonotary and the entire staff.  All surpluses are turned over to the County Treasurer for the use of the County government. 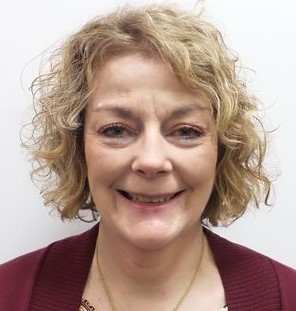